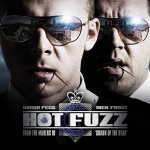 Welcome to a new series of posts, Beat Sheets.  A beat sheet is a story structure tool used by many screenwriters, listing out certain events or moments called beats that usually occur in every story.  These beats drive the plot.  The particular beat sheet we’ll be using here was developed by Blake Snyder in his screenwriting book, Save The Cat.  It is very popular among writers in Hollywood today.

In this series, I’ll follow the plot of different movies and list each point where I think an important beat occurs.  Snyder’s theory is that every great or even good movie, every story has all of these beats in some form.   For the first few posts I’ll list Snyder’s explanation of each beat.  Tell me if you think I’m right.  Or if you think a certain beat doesn’t exist in the movie at all.

For this first one, let’s take a look at Hot Fuzz, the second collaboration by Simon Pegg/Nick Frost/Edgar Wright following Shaun of the Dead.  Like Shaun of the Dead, it’s a funny, sharp story.  The writing and editing are tight, tight, tight.  No line or prop is thrown away from Aaron A. Aaronson to “Swan!”.  Almost everything comes back into the plot.  So let’s dive in.  Obviously SPOILERS FOLLOW. 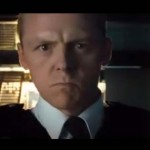 Opening Image – A visual that represents the struggle & tone of the story. A snapshot of the main character’s problem, before the adventure begins.

-          Nick Angel charging toward the camera, determined to follow each rule to the letter without a thought for anything else.

Set-up – Expand on the “before” snapshot. Present the main character’s world as it is, and what is missing in their life.

-           Opening narration – Angel is such an intense, uptight officer that he doesn’t have any friends, even his girlfriend dumps him for not being able to “switch off”.  His drive is shown by the rundown of his police record.

Theme Stated (happens during the Set-up) – What your story is about; the message, the truth. Usually, it is spoken to the main character or in their presence, but they don’t understand the truth…not until they have some personal experience and context to support it.

-          Stated by Nick to Danny before they watch movies – needing to learn to  switch off.  Nick is so obsessed with his job he doesn’t know how to relate to others.  This does not happen during the set-up, however there is a deleted scene when Nick’s girlfriend break’s up with him during the set-up.  I believe it’s stated during that scene.

Catalyst – The moment where life as it is changes. It is the telegram, the act of catching your loved-one cheating, allowing a monster on board the ship, meeting the true love of your life, etc. The “before” world is no more, change is underway.

-          Nick’s forced transfer from his job as one of London’s most successful cops, to a boring country position.

Debate – But change is scary and for a moment, or a brief number of moments, the main character doubts the journey they must take. Can I face this challenge? Do I have what it takes? Should I go at all? It is the last chance for the hero to chicken out. 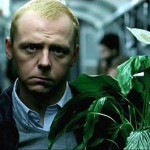 Break Into Two (Choosing Act Two) – The main character makes a choice and the journey begins. We leave the “Thesis” world and enter the upside-down, opposite world of Act Two.

-          Nick’s journey to Sanford, not just his physical journey but his first evening in the town.  He tries to handle things as he always has; it doesn’t work.  He’s not in Kansas anymore.

B Story – This is when there’s a discussion about the Theme – the nugget of truth. Usually, this discussion is between the main character and the love interest. So, the B Story is usually called the “love story”.

-          Nick and Danny are the B Story. The “romance” does not have to be literal but it is where the hero receives nuture and care.  Danny idolizes Nick & is shaken out of his stupor by Nick’s heroism.  Nick needs Danny’s affection more than he realizes and is finally able to loosen up thanks to Danny’s example. 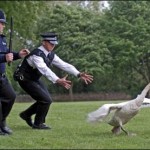 The Promise of the Premise – This is the fun part of the story. This is when Craig Thompson’s relationship with Raina blooms, when Indiana Jones tries to beat the Nazis to the Lost Ark, when the detective finds the most clues and dodges the most bullets. This is when the main character explores the new world and the audience is entertained by the premise they have been promised.

-          From the moment Nick begins to meet the citizens of Sandford, they seem quiet country folk but there is also something sinister in each meeting.  Then comes the first murder.  There really is something evil lurking beneath the quaint exterior.

-          After the fair and Tom Messenger’s murder,  Nick’s midpoint is “awful”.  He is miserable in his new job and town.  He KNOWS something is going on but no one believes him.  He is a laughing stock to his co-workers and even fights with his one new friend.

-          Nick keeps getting closer to the murderer, even actually witnessing a murder himself and gets Danny back on the case.   But they can’t quite figure it out.

All is Lost – The opposite moment from the Midpoint: “awful”/“great”. The moment that the main character realizes they’ve lost everything they gained, or everything they now have has no meaning. The initial goal now looks even more impossible than before. And here, something or someone dies. It can be physical or emotional, but the death of something old makes way for something new to be born.

-          Nick uncovers the truth.  He was right; there are multiple murderers.  But now he will likely be killed because almost the entire town is in on it.  When Danny joins in the group and “stabs” Nick, Nick is convinced that Danny is in on it. His one real friend (and therefore, his one true accomplishment) is a part of it all. Nick (and his friendship with Danny) both appear to die here.

Dark Night of the Soul – The main character hits bottom, and wallows in hopelessness. The Why hast thou forsaken me, Lord? moment. Mourning the loss of what has “died” – the dream, the goal, the mentor character, the love of your life, etc. But, you must fall completely before you can pick yourself back up and try again.

-          Although the “stabbing” was a rouse to save Nick, he can’t convince Danny to join him.  He is completely alone in his fight. 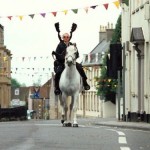 Break Into Three (Choosing Act Three) – Thanks to a fresh idea, new inspiration, or last-minute Thematic advice from the B Story (usually the love interest), the main character chooses to try again.

-          On his lonely drive back to London, Nick stops at a convenience store and sees the cop movies that Danny introduced him to.  He realizes he has to finish the job and rides into town, armed to the teeth, and on a white horse no less.  Even the guns across his back look like angel wings.  Nick Angel, get it? 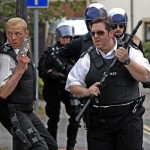 Finale – This time around, the main character incorporates the Theme – the nugget of truth that now makes sense to them – into their fight for the goal because they have experience from the A Story and context from the B Story. Act Three is about Synthesis!

-          Near the start of the fight Danny joins Nick.  Soon they are able to convince the rest of the police force to join them and Nick leads the take down of the murderers not on his own but as part of a team.

Final Image – opposite of Opening Image, proving, visually, that a change has occurred within the character.

-         Nick and Danny are patrolling the town, Nick fine with checking out some “hippies”.  A true partnership thrives; Nick has adjusted to quiet village life and Danny gets to be a “real” cop.