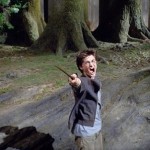 Welcome back to Troperiffic Tuesday!  This week we’re looking at one of the basic tenets of storytelling, Chekhov’s Gun.  The trope is based on a principle espoused by Russian playwright Anton Chekhov.  Chekhov said it a variety of ways but it comes down to this, “If you have a gun on stage, it better go off before the end of the play.”

Chekhov’s Gun falls under the Law of Conservation of Detail which teaches writers to make every word, every bit of dialogue count.  If it doesn’t drive the story, don’t waste your precious time with it.  In movies you only have 90-120 minutes to tell a story, on TV only 22-43 minutes so every detail has to count.  Don’t introduce any element that distracts from the story.

The trope isn’t limited to guns or weapons.  In fact it’s created a variety of subgenres like Chekhov’s Skills and Chekhov’s Joke.  Chekhov’s Gun can also create Foreshadowing.  The opposite of Chekhov’s Gun is the Red Herring, an item or character introduced to fool the audience into thinking the story is going one way when it’s really going another.

Edgar Wright and Simon Pegg are masters of Conservation of Detail and as a result, masters at using Chekhov’s Gun.  In both Shaun of the Dead and Hot Fuzz,  there are dozens of details that come back into play later in the movie like the swan that Sgt Angel chases through out Hot Fuzz.  The swan is a symbol of Angel’s frustration with his new quiet country life but it’s the swan that actually deals the final blow to the bad guy.

J.K. Rowling uses this trope almost to a fault.  By the 3rd or 4th  Harry Potter book/movie, the audience began to expect that whatever spell the trio learned in class would be crucial to defeating Voldemort at the  end.  What was great about this method is that learning the spells served several purposes.  First, it added to feel of the young wizards being at school but with a whimsical element.  Second, while the kids were studying they were also often passing on exposition to the audience while they were chatting.  And finally, Rowling was setting them up with the skills they’d need for the big finale.

Other Chekhov’s Guns include the Omega-13 in Galaxy Quest, Marion’s drinking skills in Raiders, and Tony’s first chest piece in Iron Man.  Slumdog Millionaire was one long set of Chekhov’s Guns as each episode of  Jamal’s life gives him what he needs for the game show.

And don’t forget ”No capes!” in The Incredibles.  Here’s proof that a good fashion designer can save your life!