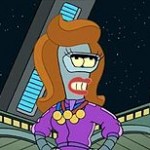 Thanks for checking in again on Troperiffic Tuesday.  This week’s trope is another fun one, the Suspiciously Specific Denial.

A Suspiciously Specific Denial is pretty much exactly what it sounds like.  A character denies something but perhaps they add just a little too much detail to make it believable.  It’s a step beyond a character jumping when someone walks into a room and yelling, “Nothing!”.   And it is somewhat akin to a trope often used in detective shows called I Never Said It Was Poison, where the suspect throws in a detail that only the killer could know.

Using this trope usually means comedy but it can be played for drama or a mix, like O Brother Where Art Thou? when George Clooney, as Holly Hunter’s husband, fights her fiance.  The scene is pretty funny, especially Clooney. But when someone asks Hunter who is fighting with her fiance she replies, “He’s not my husband.  Just some no account drifter, I suppose.”  It’s a lovely and layered moment of acting.

In the opening credits of 500 Days of Summer, the screenwriter himself gets a chance to express his own Suspiciously Specific Denial when these words appear:

AUTHOR’S NOTE: The following is a work of fiction.
Any resemblance to persons living or dead is purely coincidental.
Especially you Jenny Beckman.
Bitch

This is a common trope on television.  3rd Rock  From the Sun was the perfect set up for it as the cast didn’t want anyone to know they were actually aliens.  Harry once blurted one out only to be punched in the arm by Dick, “We’re not aliens from a spiral galaxy millions of light years away.  What?  I said NOT!”  And Dick once said to the IRS auditor, “Schedule E. Yeah, I remember the first time I saw Schedule E. It was around 1992. I was right here on Earth, as carbon-based as the next guy.”

There are plenty of examples in Friends, like the episode where the duck kept getting sick.  (three for the price of one)

Bender the robot on Futurama is also a frequent user of this trope but mostly because he’s such a bald faced criminal and scam artist he doesn’t really care if he gets caught.  In one episode, he pretends to be a woman from a fake country to compete in the Olympics.  The lyrics to his national anthem are, “Hail, hail Robonia, a land I didn’t make up.”

Here’s one for the road from Spaceballs:

Dark Helmet Plays With Dolls
Spaceballs at MOVIECLIPS.com
Posted on May 22, 2012 by Chick 1 in Tropes 1 Comment