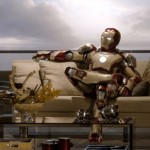 In penance for there being no trope this week, I offer up this newly released trailer for Iron Man 3.

As Iron Man 2, while still fun, was a bit of a step down quality wise from the first movie, I haven’t been quite as excited about this.  But Downey was a blast in The Avengers and this trailer puts Iron Man 3 squarely back on the I Can’t Wait List.

It…looks…AWESOME!  Ooo, Pepper in distress, Tony’s hair, seriously creepy iron man suit with no Tony!  Yay!  And what’s up with the huge bunny in the back of the explosion?  Watch it again.  You’ll see. 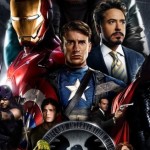 I am very happy to be very wrong. END_OF_DOCUMENT_TOKEN_TO_BE_REPLACED

I admit; I’ve not had high hopes for The Avengers movie.  Despite director Joss Whedon’s reputation and devoted fans (I don’t really know his work but he seems to inspire the kind of fervor I can relate to) it just seems impossible to successfully combine all the different superheros involved and their respective universes with any credibility.

The first couple of trailers were OK.  But this latest one has finally peaked my interest.  Maybe this won’t be so bad after all.

What do you think?

Posted on March 1, 2012 by Chick 1 in Trailer Trash Leave a comment 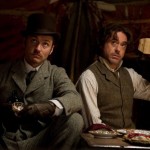 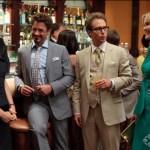 Yay!!!!  It’s time for Iron Man 2.  Can they repeat their success with even more moving parts?  Let’s see!

The Basics:  After outing himself as Iron Man, Tony Stark now has to deal with the added pressure & publicity, the US Government, and a new development with the arc reactor in his chest, and naturally a new round of villains.

What I Liked:  The original cast return with extras and are still having a blast.  Of course, Downey Jr is a hoot whenever he’s onscreen and excels at playing the arrogant ass that is also vulnerable and likeable.  And while I liked Paltrow in the 1st movie I thought she was the weakest part of the original.  But here she is hysterical, even stealing a couple of moments from Downey, not an easy feat.  Cheadle does just fine as the replacement Rhodey and has great chemistry with his co-stars.  Our villains are on fine form too; Sam Rockwell as the cheesy Justin Hammer & Mickey Rourke as the brooding Whiplash.  And even Jon Favreau gets a piece of the action.  The first & third acts move along nicely and the movie never takes itself too seriously.

What I Didn’t Like:  The second act, which was the best part of the original, is actually a little slow in places, even when RDJ is onscreen (which seems impossible).  Scarlett Johanson is stiff and cold and that works for her character sometimes but also feels one dimensional.  There was also one scene in particular that I couldn’t tell if it was supposed to be serious but came off as funny.

Bottom Line:  There’s action, comedy, drama, and a bit of romance; the perfect blend for a summer flick.  (Did I mention how cute RDJ looks?)

I Can’t Wait: The Earth Shakes Beneath Iron Man 2 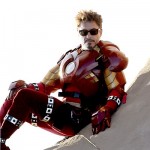 Do you hear the rumbling under your feet?  It is the sound of the earth trembling from the sheer awesomeness of the new Iron Man 2 trailer.  It Doth Rocketh.

It premiered during Jimmy Kimmel Life following the Oscars Sunday night.  Do I really need to say it?  I.  Can’t.  Wait. 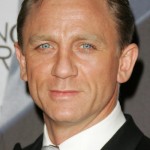 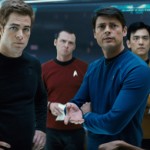 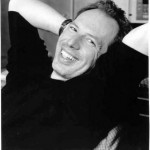 Hans Zimmer is one of my favorite composers and I know I’m not alone in that feeling.  He’s an incredibly prolific and varied writer.  From Twister & Driving Miss Daisy to The Lion King & Prince of Egypt to Gladiator and Pirates of the Caribbean, his work is really amazing.  Gladiator & Pirates are two of my favorites of his and I tend to associate him with big epic scores.  But his work is not as easily identified as John Williams or James Horner (whom I can sometimes identify by a single chord).  END_OF_DOCUMENT_TOKEN_TO_BE_REPLACED 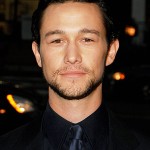 First off, of course I’m thrilled that my boy Downey Jr won Best Actor in Comedy/Musical for Sherlock Holmes.  It’s great to see him so happy & his charming speech was one of the highlights of the night.  But while his performance was awesome, I’m not sure he should have won.  END_OF_DOCUMENT_TOKEN_TO_BE_REPLACED