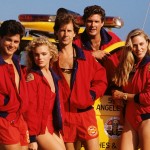 Whether you live or die in a movie or TV show depends on how secure your contract is.  But if you’ve been signed on for the sequel or the next season, then any medical emergency can easily, though dramatically, be solved through CPR!

In the real world, CPR stands for Cardiopulminary Resuscitation.  But in trope world it stands for Clean, Pretty, and Reliable.  What’s the difference?  In real life, CPR is an emergency procedure used to buy time for a victim until more advanced treatment can be given.  If someone’s heart and/or breathing stop then brain damage and tissue death can set in fairly quickly.  CPR gets the blood and oxygen flowing in an attempt to delay the damage until the patient can be revived.  But CPR alone usually does not revive the patient.  But not so in Hollywood!

Despite the fact that various bodily fluids can be involved in CPR and that well-trained medics take precautions to protect themselves when they perform CPR, for the most part that is not an issue in the movies.  CPR is portrayed as so Clean that it’s basically like kissing an unconcious person.  If the person has drowned they might cough up a little water for dramatic effect where as in real life vomiting is often a response.

The unconscious kissing and the pounding on well built chest area contribute to the Pretty side of things.  And if there’s one thing we know, a little CPR will cause the person in distress to pop up, ask what happened, and continue the rest of the adventure; no big deal.  Yes, CPR will Reliably fix any number of problems.  Heck, it works so well that if the victim is a love interest of the person performing the procedure, they will wake up and start kissing without missing a beat!  (The “R” can also stand for Romantic!)

Naturally, Baywatch was a serious offender.  Week by week, drowning victims received treatment from the bronzed and wet lifeguards and recovered with nary an ill effect.

ER was among the most realistic as they weren’t afraid to throw in an effective amount of bodily fluids.  They also have a more realistic death count.

The Abyss gets points for de-glamourizing it somewhat. While played for serious drama, at least afterwards Lyndsey is feeling the pain and bruises and not exactly perky.

Jurassic Park shows it reviving someone as well but Tim does show the signs of electrocution afterwards.

Mission Impossible 3 and Lost, among others, use a similar version of CPR and both border on the Miraculous Bitchslap of Life as well as Don’t Die on Me, Dammit!

I’m sad to say Doctor Who gave us one of the worst examples of CPR being Reliable.  After having his body drained of all its blood, the Doctor is revived through CPR and jumps up to save the day!  I don’t know how alien biology works; maybe pounding on his hearts causes them to produce blood.

I couldn’t find a good video to embed to here’s Jerry Seinfeld and Newman playing the whole CPR thing  for laughs.