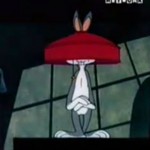 What does this week’s trope have in common with your crazy Uncle Irwin?  Both wear a lampshade!  The trope this week is a trope about tropes.  Confused yet?  Then let’s learn about Lampshade Hanging.

Lampshade Hanging is sometimes used when a particular trope is glaringly obvious and threatens to distract from the story.  A trope is standing in the middle of the room in all it’s naked glory and the writer thinks that if he puts a lampshade on it, the audience will simply think it’s part of the scenery.  How does he do this?  By addressing the trope directly and calling it out.  Does it work?  If done correctly it does.

Take the show Lost.  After the first few episodes of Lost, it became a little strange that none of the survivors of the plane crash, with the exception of the US Marshal who died, had any serious injuries or scars.  To address this, the writers had Sayid note that very fact when he and Kate were discussing their situation on the island.  He took the same position as the audience, “Don’t you think it’s a little odd?”  With that sentence, the survivors’ good health went from being a contrivance to another piece of the mystery they were trying to solve.

Lampshade Hanging can be used in a drama like Lost or in mysteries when the plot doesn’t quite make sense or something is a little too convenient.   You’ll often hear a character question why everything happens to him/her.  Because you’re the hero; that’s why.  Like in Harry Potter and the Half Blood Prince when McGonagall asks, “Why is it always you three?”  Ron wonders too, “Believe me, Professor, I’ve been asking myself the same thing for the past six years.”

In the most recent Star Trek movie, director JJ Abrams practically addressed the audience directly, especially the Trekkies, during the conversation where the crew figures out that Nero has come from the future and changed their lives. When Spock states, “Whatever our lives might have been if the time continuum was disrupted — our destinies have changed,” he’s basically saying, “Look, the entirety of Star Trek history is intact but now we’ve rebooted and can start over with a whole new universe.” Genius, in my opinion.

It can also be played for comedy, especially with modern audiences that are so familiar with tropes.  In The Mummy, after Evy mentions the Book of the Dead a mysterious breeze flickers the fire.   Rick notes, “That happens a lot around here.”  The Muppets make frequent use of this trope too.  “If I didn’t know any better, I’d say you were reciting some sort of important plot point.”

This is a very popular trope in animation.  The Emperor’s New Groove is packed with them.  “What are the odds of that trapdoor leading me here?”  The lead characters even have a discussion about how Yzma and Kronk managed to beat Kuzco and Pancha back to the “secret” lab.  “By all accounts, it doesn’t make sense.”  And one of my favorites, “For the last time, we did not order a giant trampoline!”  “Ya know, pal, ya could have told me that before I set it up.”

Movies like Shrek and Galaxy Quest use this trope to actually create a sort of deconstruction of their genre, taking apart the typical plot (fairy tales and scifi, respectively) and lampshading trope after trope.

This week for your viewing pleasure, I present two different Lampshade Hangings on the same trope.  First up, professional Lampshade Hangers, The Muppets, deftly use Montage to their advantage.

Next up, Robot Chicken personifies the Montage trope itself with…Montage Man!