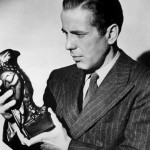 What do the Ark of the Covenant, the Maltese Falcon, and Unobtanium all have in common?  They are all versions of the MacGuffin, one of the most commonly used tropes of all time.  The MacGuffin is simply what they are after; what the hero is chasing, trying to find, or trying to protect.

The MacGuffin has been a trope in stories for as long as there have been stories (see the Golden Fleece in Jason and the Argonauts) but it was first given its name by Alfred Hitchcock who credited one of his screenwriters with the term.  The MacGuffin is the external motivation for the hero’s journey but has little to do with the hero’s actual character arc.  In its purest form, the MacGuffin could be replaced with any other item and the story would remain essentially the same.

Many genres come with their own MacGuffin built in like treasure in a pirate movie or archealogical finds in an Indiana Jones movie.  Most action, adventure, or fantasy movies have some form of a MacGuffin.  And like most popular tropes, the MacGuffin has its own set up sub-tropes.  The MacGuffin can be a person like MacGuffin Girl (Leeloo in The Fifth Element) or an Artifact of Doom or Attraction.  (The One Ring qualifies as both.)

There are too many to list but here are a few to start you out:

-the above mentioned ring in Lord of the Rings.  Yes, it represented the life of Sauron that would destroy him if it were destroyed but it could have easily been a goblet, a stone, or a leaf.

-the suitcase in Pulp Fiction.  This is a classic MacGuffin in that we don’t even find out what it really is.

-the Rabbit’s Foot in Mission Impossible 3.  Again, a mysterious item that is never defined.

Finally, here’s Hitchcock himself to explain.