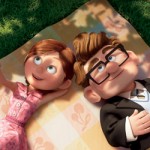 What do you do when you need to develop certain elements of a story but you don’t really have the time to do it?  Use this week’s trope, The Montage!

The Montage is a common trope that has fallen into disrespect in recent years.  Like many common tropes, it has been overused or done badly and that has given it a bad reputation.  It has the stink of a hack writer on it.  But I think it’s time to clear the air.

Like any other trope, The Montage can be powerful, funny, energetic, and even touching if it’s done well.  The Montage, of course, is the stringing together of short scenes or vignettes, with or without diaglogue, usually set to music.  It can be used to show a passage of time or solidify a development in the story.

As such a large trope, it has a variety of subtropes.  Like the A-Team Montage, where the group of misfit heroes use their individual skills to set up the plan/contraption that will save the day.  The Avengers Assemble Montage shows each character being summoned like the one lampshaded in The Muppets (which you can see here).

The popular Falling In Love Montage is probably what most people think of when they decide The Montage is overused.  That or the Fashion Shop Fashion Show/Shopping Montage.  OK, they’re fun but yea, seen them a million times.  The ubiquitous Training Montage made famous by the Rocky franchise also continues to be a staple. And this is just a tiny sampling of the different types of Montages out there.

Some of my personal favorites include the Terrible Interviewees Montage as seen in Notting Hill when Will suffers through a series of bad dates and in Mrs. Doubtfire and Baby Boom, both interviewing nannies.  The Makeover Montage is always fun.  (“Cher’s main thrill in life is a makeover.  It gives her a sense of control in a world of chaos.”)

One of the most well used subtropes is the Time Passes Montage.  I still like the one in Notting Hill where Hugh Grant walks through the seasons and there’s a gorgeous one in Pride and Prejudice with Lizzie on the swing.

But if The Montage needed any evidence to support its validity as a storytelling tools, the geniuses at Pixar have created one to silence all critics.  I leave you with one of the greatest montages ever.  It qualifies as a Time Passes Montage, a Good Times Montage, and a Sad Times Montage.  Enjoy the opening sequence of Up.  And break out the tissues.