Are you scared?  Well, don’t you worry.  If they could get a washing machine to fly, my Jimmy could land it.

Posted on September 9, 2012 by Chick 1 in Movie Quotes Leave a comment 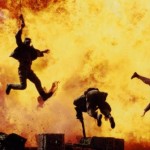 In continuing to explore my friend’s own personal genre of Men of Honor Blowing Stuff Up, this week we look at … Stuff Blowing Up.  Explosions are such a staple of movies that they are basically a subgenre of tropes.  And the reason for their rampant use isn’t nearly so deep or complicated; explosions are cool and people, especially men, like them.  They’re an awesome way to anchor an action set piece and they look great visually.  Should you put explosions in your movie?  Unless you’re working on a Jane Austen adaptation the answer is yes!  And even then you should at least consider it.  (I think I just invented my own genre.) END_OF_DOCUMENT_TOKEN_TO_BE_REPLACED 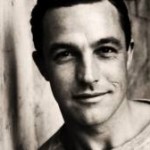 Happy 100th Birthday, Gene Kelly!  You’ve given me many happy hours over the years.

Choosing what clip to share is incredibly difficult when there are so many great moments.  Most people associate Kelly with the movie Singing in the Rain and its iconic title number.  And that is a classic routine.  And just as fascinating behind the scenes. (Kelly had a fever of 103 while performing; they added milk to the water to make it show up on camera) But as awesome as it is, I don’t think it’s the best number in the movie cause the film is packed with great performances.  END_OF_DOCUMENT_TOKEN_TO_BE_REPLACED 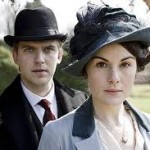 As a peace offering for no Troperiffic Tuesday this and last week, I was going to post the new trailer for Season (or Series if you’re British) 3 Downton Abbey.  But apparently, it’s been taken down.  Boo for NBC Universal.  Yay for beautifully-costumed British period piece soap operas!  So it’s out there somewhere and for now I’ll just be happy knowing it exists.

I promise a trope next Tuesday! 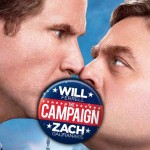 While there were some laughs in the trailer and Zach Galifinackis seemed endearing, I had mediorce expectations for this movie.  And that turned out to be pretty accurate.  There are some laughs and they are peppered throughout the story, some bigger than others.  But there are also some missed opportunities for laughs, like the baby punch (which is quite funny).  There are a series of clips afterwards with all the news shows discussing the scandal and they fall flat.  So much untapped fodder there.  END_OF_DOCUMENT_TOKEN_TO_BE_REPLACED 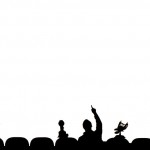 It’s time to give you a little help with all these tropes I’ve been dishing out so this week we will discuss How To Deal With Tropes.  Because, let’s face it, learning about tropes can really screw with your ability to enjoy a movie or tv show.  You start realizing that almost everything is a trope and suddenly everything seems cliched and you can tell the entire plot of a movie from the trailer.

It’s OK.  You can move past this.  And the MST3K Mantra can help.  END_OF_DOCUMENT_TOKEN_TO_BE_REPLACED

I Can’t Wait!: Random News from the World of Geeks 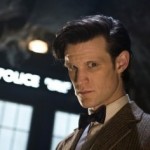 The Hobbit: In case you haven’t heard, after much speculation Peter Jackson confirmed that The Hobbit will be expanded into three movies instead of the originally planned two.  Despite my love and trust for Jackson and the whole Lord of the Rings team, my response to this announcement is a big weary sigh.

I know they had lots of extra footage from Lord of the Rings, thus the 3 hour theatrical releases and the 4 hour extended cuts (which I consider the True Movies) but the Lord of the Rings books were more than 3 times longer than The Hobbit.  Once again they have lots of extra footage, as well as details they want to pull from the Appendices; Tolkien wrote volumes of notes about Middle Earth outside of his novels.  Although I remain skeptical, I already know that Jackson, et al will be getting a lot of my money over the next couple of years.  They probably just tripled the amount. 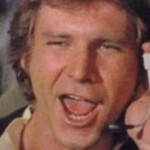 The entrance of the Big Damn Heroes is one of the most popular tropes in movies today, especially big blockbuster popcorn movies.  It creates a huge rush of adrenaline and rightly so.  As conflict is the heart of all drama, waiting until the last minute to rescue the victim makes maximum use of this tension.  And it’s usually accompanied by a swell in the music. END_OF_DOCUMENT_TOKEN_TO_BE_REPLACED

The coming of Merry and Pippin will be as the falling of small stones that starts an avalanche in the mountains.